Chemical Structure and Half Life of Testosterone Cypionate 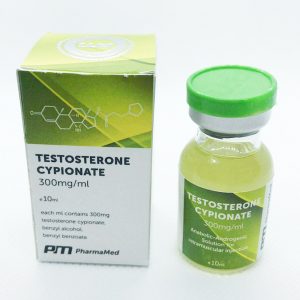 Testosterone cypionate belongs to androgens, testosterone dissolved in oil with cyclopentylpropionate ether attached through a 17-beta hydroxyl group (17b-hydroxy-androst-4-en-3-one), its half-life in the body is approximately 6-8 days (full life work 15-16 days), chemical formula C8H14O2. Half life of testosterone cypionate strongly resembles by its action on testosterone enanthate. These forms of testosterone support an increased level of testosterone for 14 days, despite this, they speak of a higher water retention by cypionate ester. It is likely that enanthate is slightly better in the issue of testosterone release, due to the fact that this ether is lighter by one carbon atom than cypionate (ether is calculated in terms of steroids per mg). It should be noted that the difference is so small that it is not even noticeable (it is quite possible, since several mg per injection is injected, the actual concentration of the active substance of testosterone is 70 mg, the remaining 30 mg is cypionate ester).

At the beginning of the 50s, testosterone cypionate first appeared on the western market, and was brought out by Pharmacia & Upjohn. At first, the drug was not widely known; it can be said that it was taken as a substitute for testosterone enanthate in the US market. If you compare these drugs, they have a small difference – cypionate is not so often the cause of local irritation. Testosterone cypionate is used in a clinical setting to treat men with low androgen levels, which results in reduced potency, loss of vigor. In the 1960s, the drug was used to improve bone structure and to treat menorrhagia and fight osteoporosis. In addition, testosterone cypionate was used as a drug that stimulates spermatogenesis, by 6-10 weeks inhibition of spermatogenesis with doses of 200 mg per 7 days, followed by recovery. By the end of the 1970s, the method of using it was revised, it was no longer used as a means of infertility. Testosterone cypionate is among the most common drugs on the US market, and beyond, including Canada, Australia, Spain, Brazil and Southern Africa.

Pharmacological Action (According to The Manufacturer)

Testosterone cypionate has a specific androgenic effect: it stimulates the development and function of the external genital organs, prostate gland, seminal vesicles, including secondary sexual characteristics in men (voice, hair). Takes part in the formation of the constitution of the body and sexual behavior in men, activates libido and potency, stimulates spermatogenesis. Reduces the production of luteotropic and follicle-stimulating hormones. Testosterone belongs to the antagonists of female sex hormones – estrogen. The drug has an antitumor effect in breast tumors in women. It has an anabolic effect, it is manifested in the stimulation of protein synthesis, a decrease in fat deposits, a delay in the body of potassium, phosphorus, sulfur necessary for protein synthesis, increased calcium fixation in bones and an increase in muscle mass. If in the diet of a person taking the drug enough protein, it contributes to the development of erythropoietin.

The Use of Testosterone Cypionate

The recommended dosage for athletes is 250-500 (750) mg / week, for a period of 4-12 weeks, these doses are enough to achieve high performance, both strength and weight of the dial. Half life of testosterone cypionate gives an excellent effect in various combinations (Example: Boldenone, nandrolone). It is not recommended to take cypionate in large doses, due to the fact that it does not produce a result. The peak concentration of testosterone cypionate after administration falls on the first three to four days after ingestion, then the concentration of the drug in the blood gradually decreases. You can say that in order to achieve the concentration of the drug, it is necessary to carry out injections every 4-5th day (or divide the weekly dose into two parts)

Women are not advised to take the drug for sports purposes, due to the high androgenic activity.

Side Effects of Testosterone Cypionate 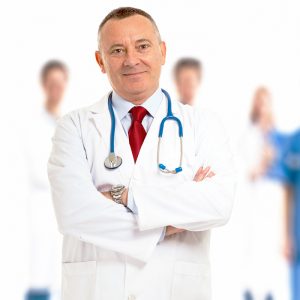 Excess estrogen caused by half life of testosterone cypionate and can lead to the development of gynecomastia, in addition, there is a risk of androgenic side effects; increased sebaceous glands, acne, hair growth on the body and face, including male pattern baldness. (Hereditary, you can get around, taking finasteride, but the drug has a side effect – decreased libido), in order to minimize the development of side effects, it is advised to take Proviron (Mesterolone), anastrozole or exemestane. After the cycle of PCT (to restore a high level of endogenous testosterone, without it, after the cycle there is a noticeable decline).

Indications for Medicinal Use of Testosterone Cypionate

Testosterone replacement therapy in men with pathological conditions associated with primary and secondary hypogonadism, both congenital and acquired, restoration of libido after urogenital operations.

Contraindications to The Medicinal Use of Testosterone Cypionate

Established or suspected prostate or breast cancer, hypersensitivity to any component of the drug, children under 3 years old (due to the content of benzyl alcohol in the drug), boys in the prepubertal period in order to avoid premature closure of the epiphyses and premature puberty; chronic heart failure, renal and / or liver failure in order to avoid the development of edema; diabetes; prostatic hypertrophy with symptoms of urinary retention; sleep apnea, as well as risk factors such as obesity and chronic lung diseases; childhood.

Tags: half life of testosterone cypionate

You may have missed

What is better and more effective for losing weight: fitness or gym?

Your Key To Success: Half Life of Testosterone Cypionate and How to Apply It

How to properly stretching?

Yoga for beginners: we are at home ourselves